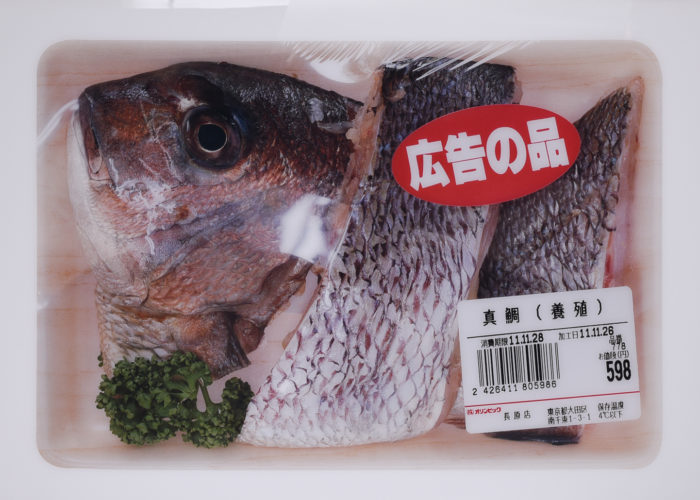 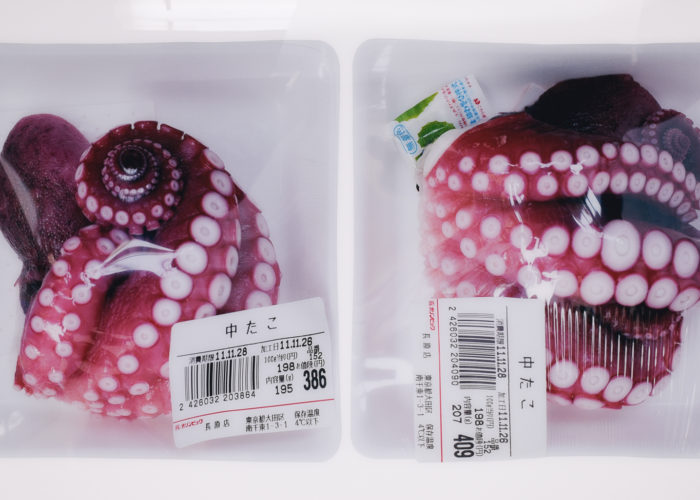 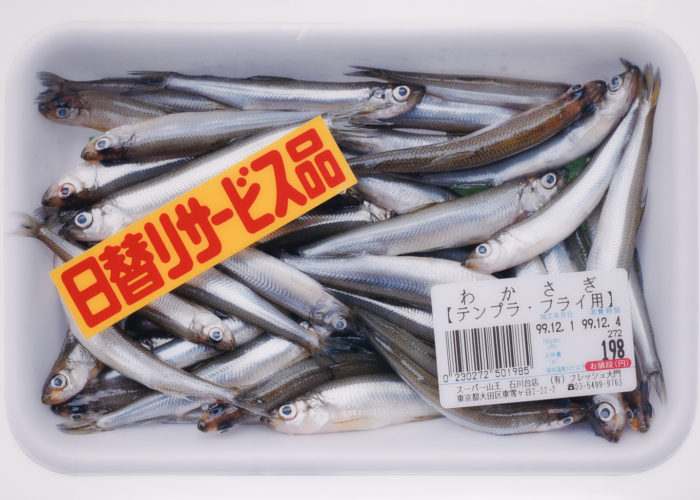 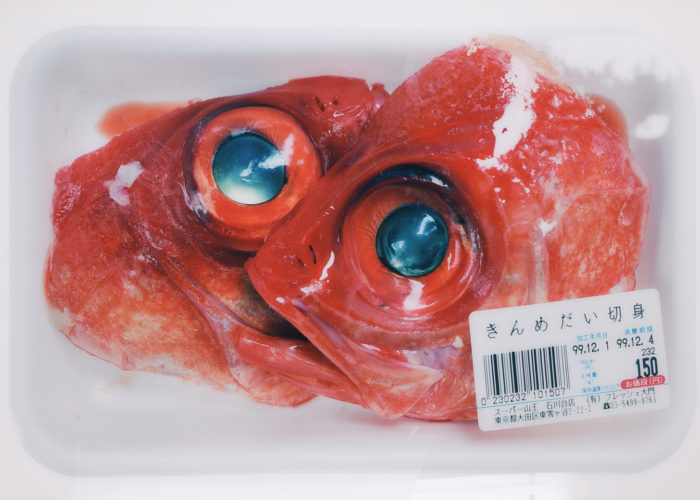 Like in a twisted and tangled puzzle with many unknown objects on thousands of supermarket shelves in Tokyo one can see fish – one of the most recognizable Japanese products. It looks aesthetically attractive in its polystyrene bowl as if it’s made up for individual or group portraits. Fish is wrapped in sterile packages, which symbolize cleanliness contrasting with the daily news on pollution of the seas and other environmental problems.

In his works Marc Latzel shows fish not only as convenience food and an important component of the Japanese kitchen, but as a metaphor of the consumer society and the constantly growing speed of the modern life. This fish is real and at the same time abstract, and this effect is emphasized by the computer editing of the images. This series of works is based on a set of regulative ideas, expectations, sentiments and relations between the human and the nature. Marc is reflecting and contemplating about the idea that is capturing the minds and hearts of modern people who strive to get as much pleasure and entertainment as possible.

Marc Latzel was born in the year of 1966 in Switzerland. By working in close cooperation with both Swiss and international magazines and advertising agencies, he managed to find such famous corporate customers as Rolex, Swisscom, Nestlй, TGS Architects, Hilti, Die Post, Bank Lienhard and many others.

In 2000 he joined ‘LookAt-Photo’ photographers’ agency based in Zurich, while in 2004 he became one of the founders of lookatonline.com project. He’s lecturing and working as a teacher at the Lausanne University of Art and Design (ECAL) and the Swiss School of Journalism (MAZ).In the year of 1997 ‘The World Press Association’ nominated him for the ‘Joop Swart Masterclass’ award. He won the ‘VFG–Selection’ nomination in 2005 and the ‘VFG- Selection Public Award’ in 2007. Marc participated at ‘Pasqu’Art 2010’ photo forum and got ‘Landis & Gyr Studio Grant’ in London in 2011.