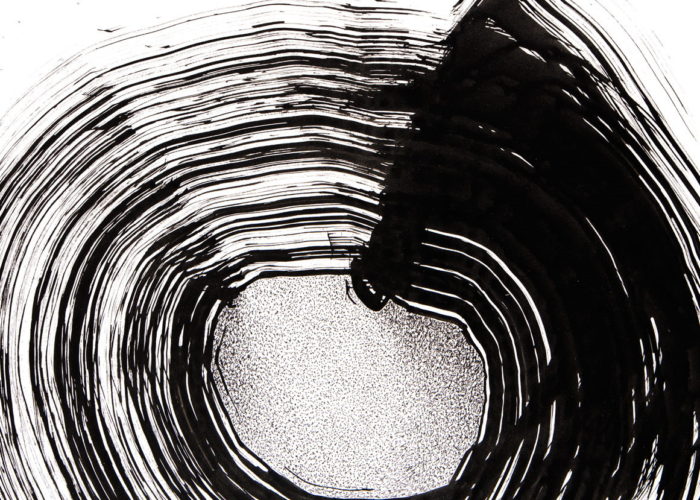 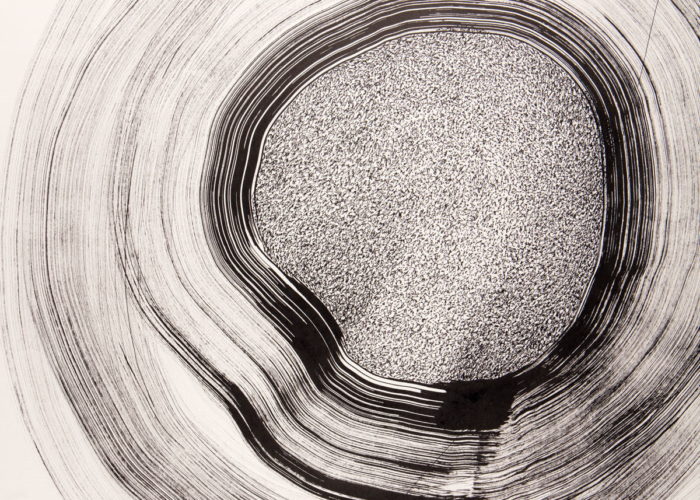 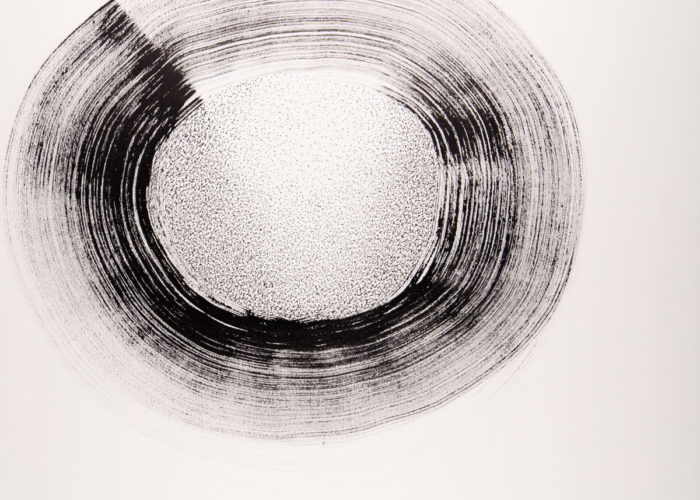 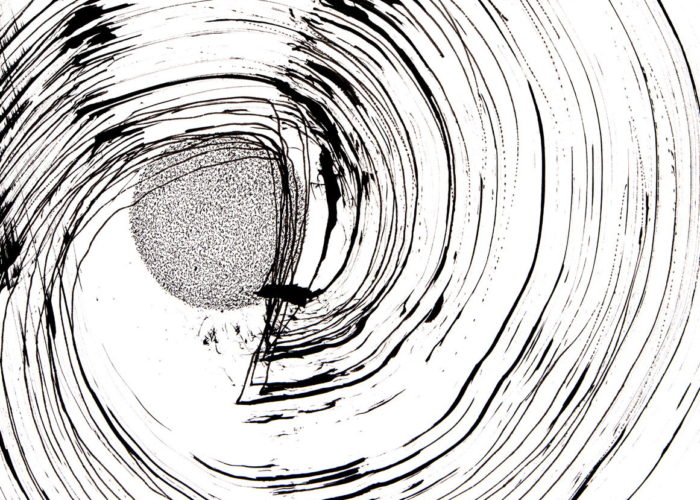 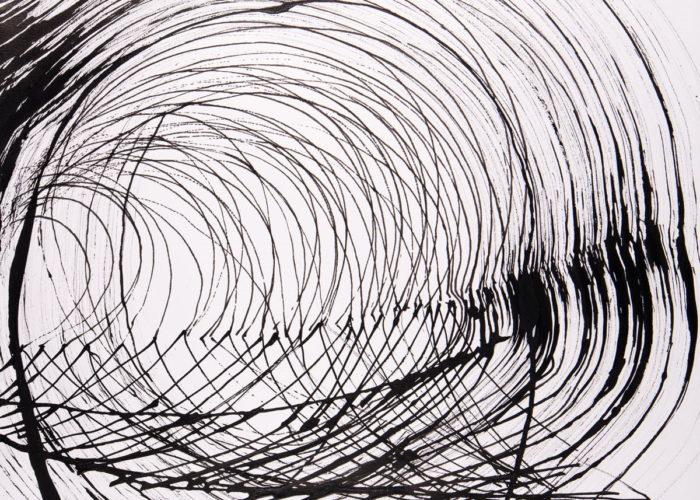 I have been following the creative evolution of Stephan Spicher for a number of years. However, his series Permeating the skies struck me more than all his previous works. This is understandable, as the series represents pro memoria (memorial): it was created under the impact of the premature death of the artist’s best friend.

In the Eternal Line Spicher develops his own calligraphy, achieving his own unique balance between symbolic well-turned linearity and the impulse to improvisation. In his multi-year series Blossom, he works with spots. Colour here is a manifest thing – among other reasons, thanks to his technique of spraying vanish on aluminium, but an aleatoric element is also present – the capriciousness and unpredictability of the streaks and touches. The artist has warned against any attempt at the verbal, narrative concretisation of his images — for he considers important the sensation of reticence, the light trace and attenuated emotional consonances. At the same time, non-objectivity has a specific associative burden. Above all, this is a register of natural philosophical states of consciousness and also associations related to oriental and other cultural topoi.

The series Permeating the skies differs from the artist’s other works, perhaps due to having the strongest external message. Normally, Spicher’s relations with reality are built in a contemplative way, but the sudden death of a friend came as a shock. The artist started working impulsively, he could think least of all about the formation strategy. The simple slate pencils, the tonality grasped intuitively – grey, between achromatic black and white. Clouds? This is in any case how the artist describes the situation. However, this is also a blind zone, an ill-defined area between oblivion and existence that the consciousness is unable to encompass and accept.

The philosopher Valery Podoroga wrote: “…Vision is enabled not through language, but through letters, or to be more precise through handwriting, which diligently traces something in the special rhythms of bodily sensation.” The bodily sensation is clearly movement, the original impulse. When the emotional state captivating the artist acquires an existential nature, the movement is structured. This is related not so much to geometry (the shapes here are the simplest – circles, ovals), as to the state of the graphic suspended matter – what Ilya Kabakov called clutter. The wavering of texture and graininess appear. Here, in my opinion, one can discover a call-and-response with Dmitry Alexandrovich Prigov’s Monads, who tried, albeit through completely different connotations, to accord visual shape to the flow of existence.

Subsequently chinks of daylight appear, for the time still timid. The grey also gathers, approaching the black. Tensions arise: both in the tonal colour and formal relations— the “correct” circles and ovals test the pressure, while their contours are drawn and are also broken. The factor of procedurality is included: it is important for the artist to provide the sensation of a temporal flow. The eye moves along set trajectories. It slips past and repeats the movement, is lost in the emerging corridors, gets stuck in the grainy texture reminiscent of black space dust. And then everything rises upwards. Insight? The proverbial tunnel? A ray of hope? Remaining in the style of abstraction, Spicher has created a somehow pathetic series full of drama. The artist’s humanist message responds fully to the classical canons of the genre. This is pro memoria.