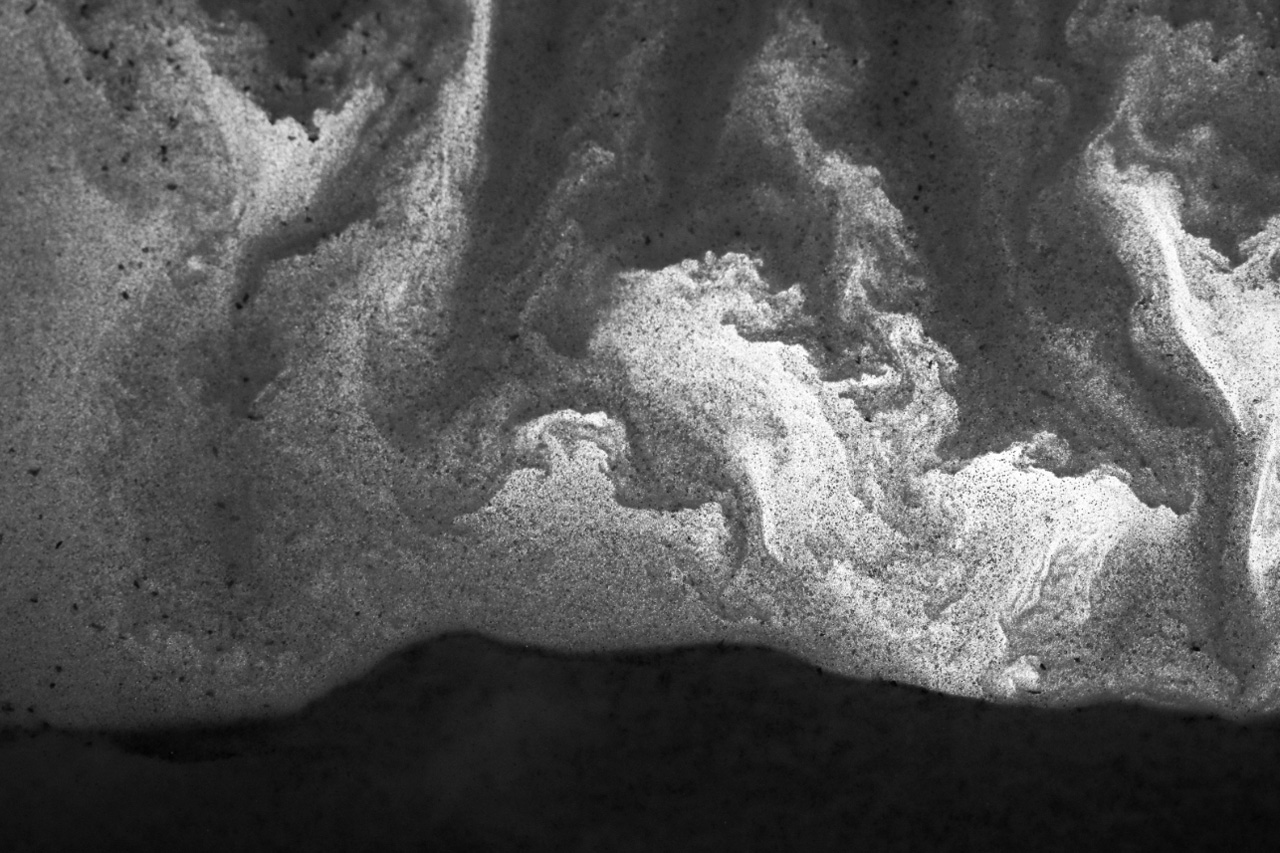 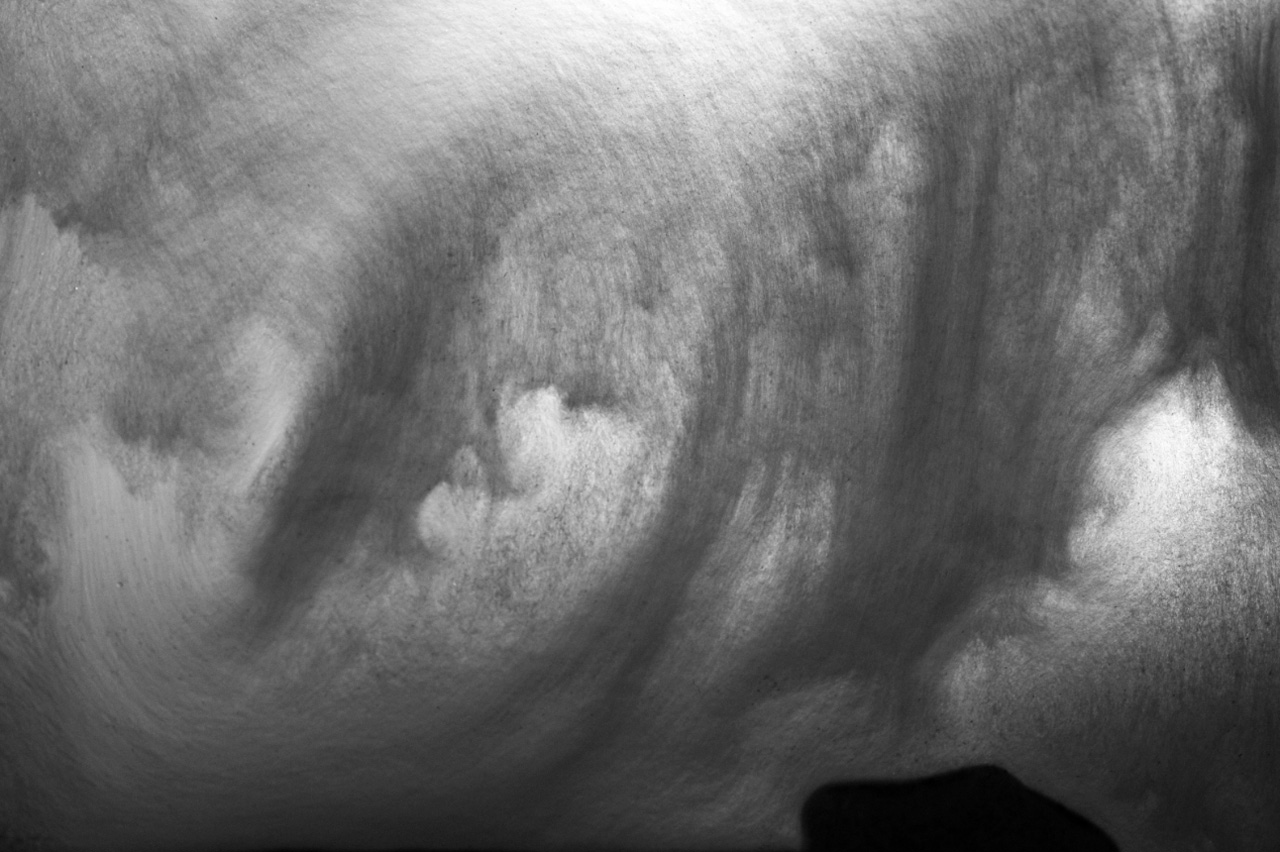 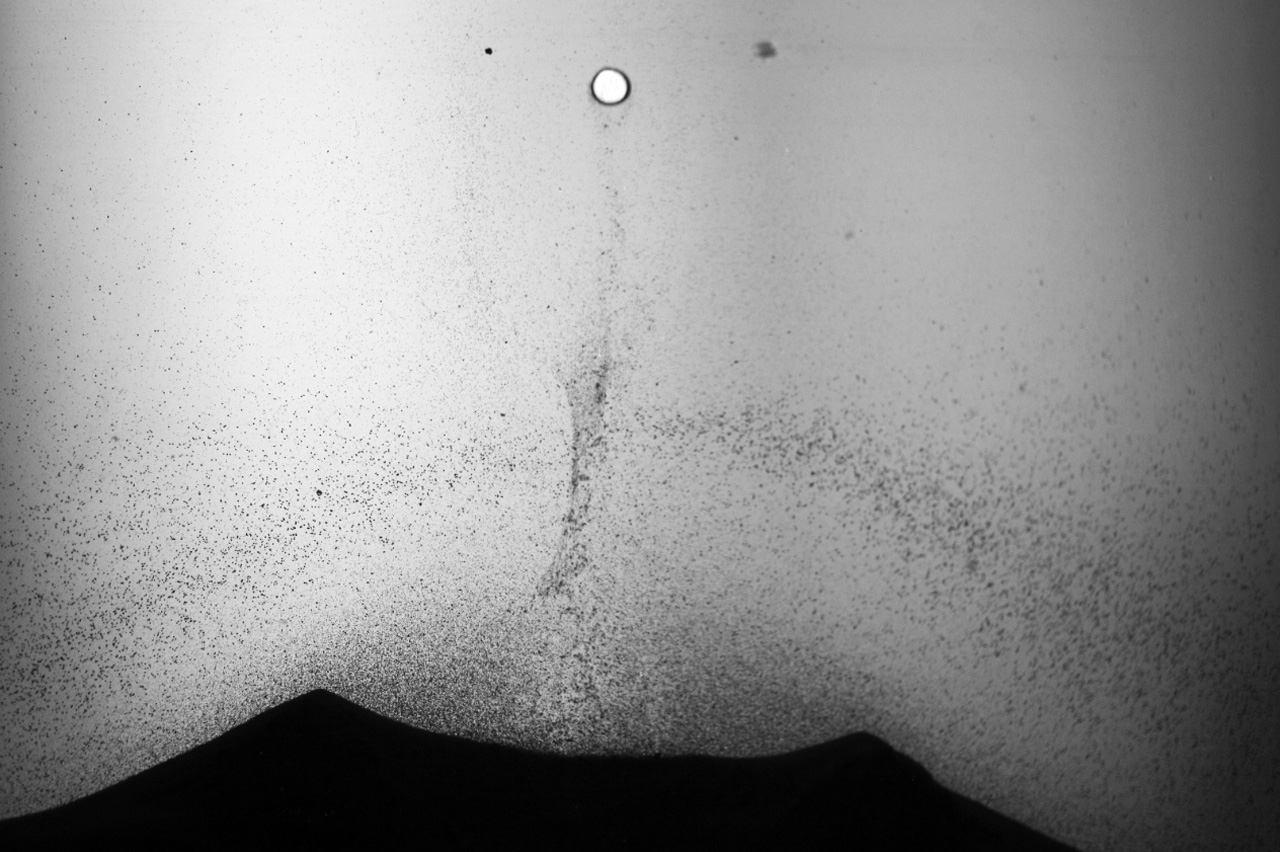 Pavel Smertin is a Russian photographer, a disciple of the famous theoretician and teacher Alexander Lapin. In his artistic practice, he refuses any kinds of applied photos, it is important for him to say more: it’s not just to show the viewer the subject, material, but to express the meaning behind them.

The works of Pavel Smertin from the Genesis series, created between 2007 and 2018, are black-and-white abstract photographs of a large format: eight works, one of which is the title, of a larger size. Each image is formed by a multitude of particles of different tones and sizes: while at rest, they form stable dark forms, and in motion they become vortices similar to those that can be seen during a storm. Where the particles are rarefied, the light permeates into the image, revealing the directions of motion. Uniting in the streams, they convey the feeling of an incredible, huge element. The non-uniform density of the particle vortices creates a pattern similar to the strokes on classical engravings.

Each image is filled with movement of varying degrees of intensity. This is most expressed in the key work of the exhibition; falling into the plane of the picture, the glance slides along the curving lines of the streams, returns, the process repeats itself again and again, not allowing to go beyond the boundaries of the work. The composition creates a feeling of colossal, spiraling circulation, something huge, rumbling, vibrating, changing. It seems that pictures even sound as if they are sinking deeper and increasing the sense of scale. In works where the movement partly calms down, light elliptical bubbles appear, they are mystically perceived as something alive, something that was born as a result of a giant cataclysm.

The name of the series “Genesis” comes from the Latin name of the Old Testament Genesis. With the help of a motion-creating composition, light and shadow, which literally mix in pictures, symbolizing the biblical separation of heaven and earth, Pavel Smertin conveys a sense of observation of the cosmic process of creating the World. Through the image, the artist manages to create a sense of evidence of the amazing, large-scale moment of the universe’s birth.