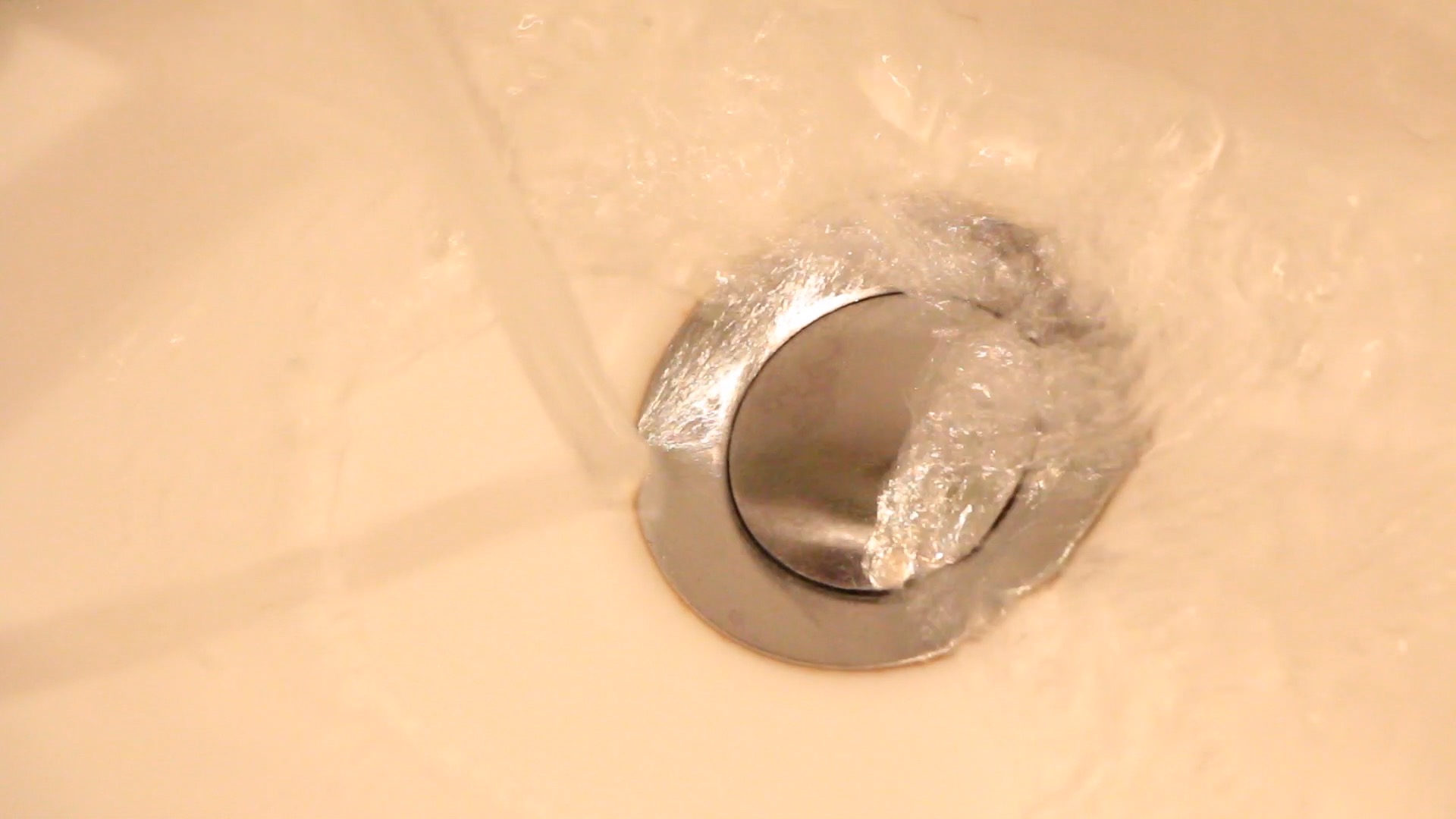 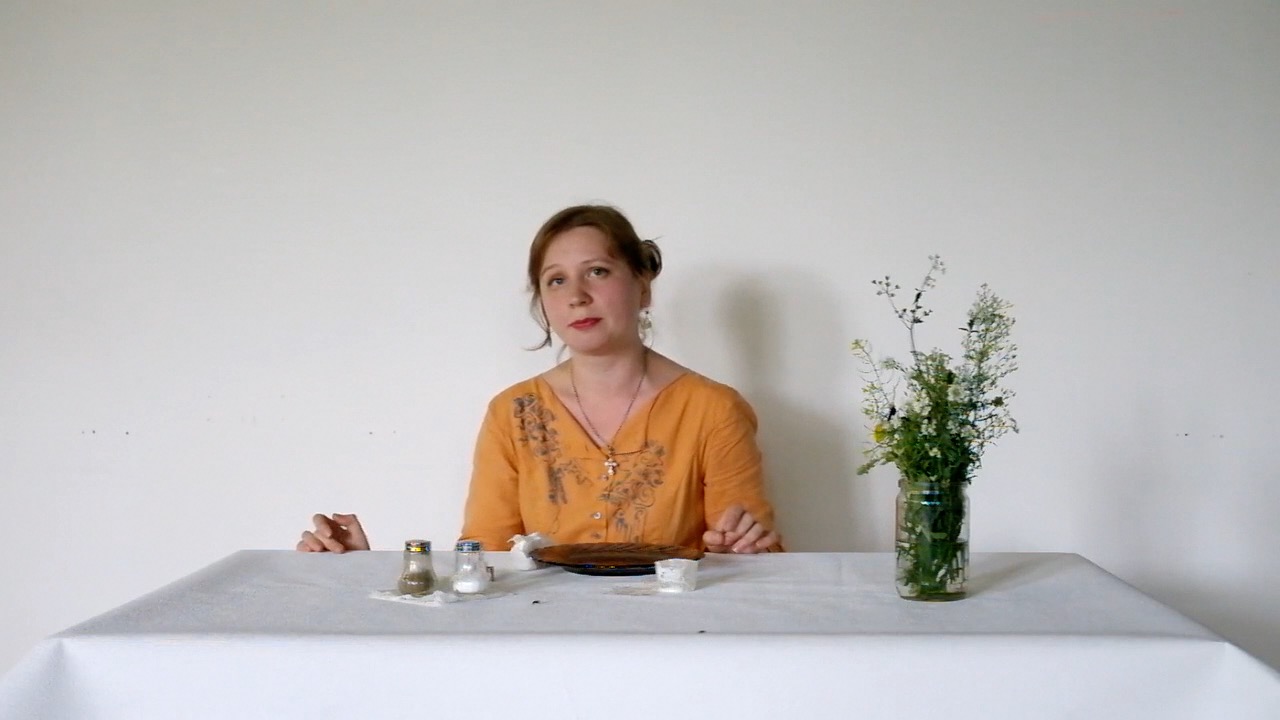 When video technology became available in the mid-1960s, artists immediately saw in it a powerful instrument to capture the inner self of a person. Being in front of a video camera and press on the “rec” button was felt as something very close to a session of psychoanalysis. Most importantly, many artists very eager to experiment with the new medium because it gave them the possibility to show the present time – by simply connecting a video camera to a monitor –, a feature impossible for a photo- or a movie-camera, which, on the other hand, produced films that needed to be subsequently developed in a laboratory. Such an innovative characteristic meant the constant presence of the real in the videotape, that is to say, for many of its pioneers, a work video art was always to be seen as a token of Truth.

Alena Tereshko’s works on video follows in the footsteps of those pioneers. They are tokens of truth, to be more precise, that truth that is related to the exploration (and representation) of her inner self. Her video works are structured according to a psychoanalytical model that keeps swinging from narcissism to introspection. They are performances for the video camera in which the performer does not act according a strict script. On the other hand, she moves spontaneously, as if the recording eye of the video camera was not present. She ‘lives’ rather than ‘performs’ for the camera. It is quite relevant that there are no other people next to her. She is alone, alone in her “theater of the self”.

“The Girl from the Urals” is pretty much an autobiographic work. She is the girl from the title – she was born in the Chelyabinsk region, in the area where Europe ends (or begins). Beyond the Urals Asia begins (or ends). In one unedited take, the girl from the Urals performs quite simple, yet contrasting actions. She simultaneously eats and sings. The song she sings, “My Mother Once Wanted”, is a popular folk song about a girl whose mother stubbornly tries to find her a husband. She is introduced to six different suitors, but she turns all of them down. Finally, when she meets the perfect man, he is not interested in her. The dish she eats is also something from Russian tradition, pelmeni. Russianness is delicately amplified thanks to two little details from the overall composition: the golden Orthodox cross she is wearing around her neck and the wild flowers on the table. The punctum, as Roland Barthes would say, that moment in this unedited one take in which the true essence of the work is suddenly revealed, is when the grotesque in the situation she finds herself in prevails and she cannot hold back her tears any longer. That is the moment when the performer steps back and the artist comes forward. And the camera is there to capture that most intimate glimpse of sheer truth.

“Only Mine” is not enclosed in any geographic border. Human nature and the female body are at its center. In the artist’s words: “Our body is our home and part of our nature. But it also can be something strange, sometimes even hostile, something close and yet far (unreachable)”. The video appears to be surprisingly simple in its staging, yet quite compelling in the visual impact. The naked body of the artist is inevitably associated with the classical picture of a Madonna with Child. However, it is immediately clear that there is no child in the picture, but only a woman holding her legs. The tenderness of maternity is replaced with the consideration of being in the presence of some sort of disturbing obsession. There is no mother here, only a grown-up child, who needs to feel to be loved. This is probably, the work in Teresho’s videography that is closer to a surrealist visualization of a dream, yet, as in Surrealism, a powerful representation of the subconscious.

The body, so central in the previous two works, loses its fullness in “Angel of Labor”. It is no longer in front of the camera, in a sort of 1 to 1 relation. Here, throughout the whole video it is seen only in fragments, though reflections on chromatic surfaces and glass, at times it even gets distorted. Purposely, the body of the artist is enclosed in the physical space of material objects that the video camera records: pieces of furniture and sanitary fixtures in a hotel room. It seems as if irony and obsession have given way to class issues (with a hint of voyeurism). Clearly, the meticulous act of cleaning, of making the surface shining for the next guests of the hotel, that the artist performs is the visualization of the word “labor” from the title. It remains to assess who the “angel” is.

As seen, the body, her own body, plays a leading role in Alena Tereshko’s work. That is true not only for her videos, but also for her drawings and paintings. Quite interestingly, some of her works are “hybrids” in which sequences of similar drawings are animated and become part of the narrative patter of a video. “Black&The Sea” is one of the most powerful examples. Here, the drawings add a sort of “cinematic” effect. In terms of structure, they break the flow of recorded video images with frame-after-frame interpunctions. In terms of content, they bring in the story gory details of self-mutilation, very close to a horror film. The contrast with the sea water and the play of sunlight on it from the part recorded on video part makes the work, once again, closer to the visualization of the space of a dream. Accordingly, the Black Sea loses its geographical coordinates and becomes, as implied in the title, one continuum of black color and sea water.

If drawings are the starting point in the making of a work on video, they are not defined by it. Quite importantly, they can also stand alone, as a separated series, collected in an album or loose. The focus is totally on the body in a constant change of perspectives, angles, and points of view. The body is in motion (without motion), the self dominates the page. Through the graphic representation of her body, Alena Tereshko, here, builds a dialogue between the object and the subject.