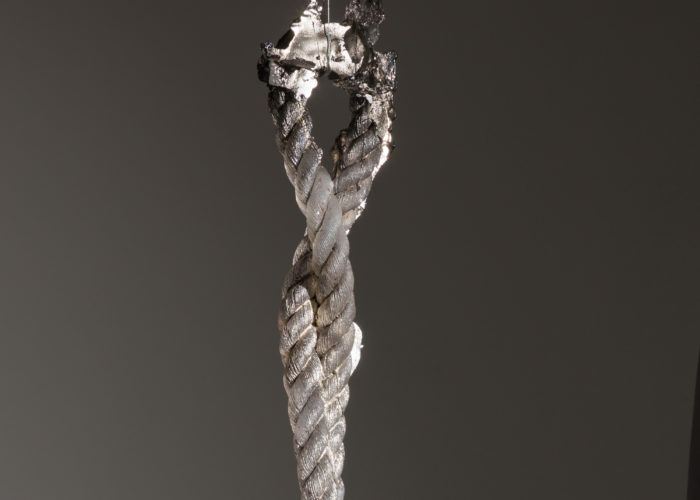 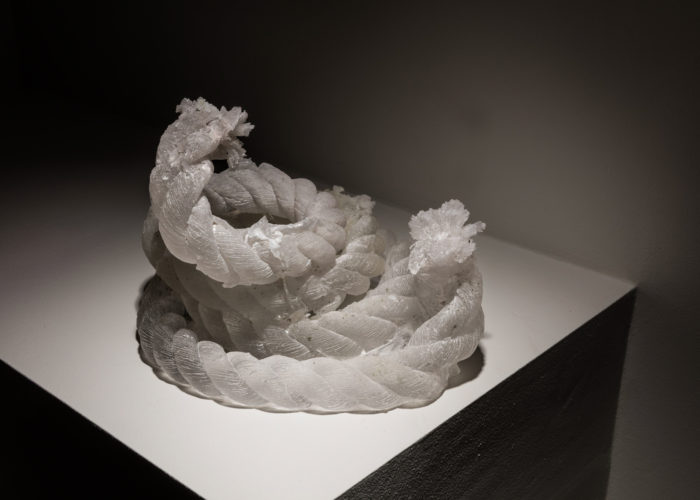 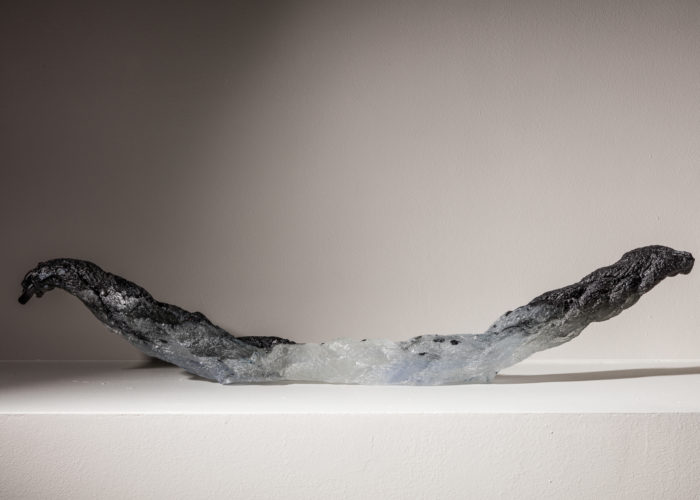 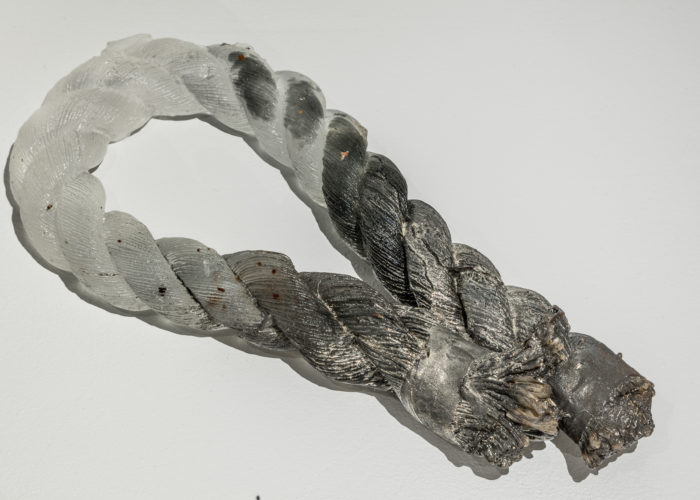 Plinius, in his natural history, describes Apelles as an artist who was able to create things, as the sound of thunder, which cannot be painted. This ability to catch and in the next step surpass the given objects by artistic creation became soon part of the classical concept of art.
As the bottle neck in the very center of this alchemical process of transformation stands the artist. Working as a creator and at the same time as a balance between two objects. The natural object, or better the objet trouvé on one hand and the created object or piece of art on the other.
In the work of Maria Koshenkova this concept plays a central and well visible role. Trained in the department of ceramics and glass at the Academy of Art and Design in Saint Petersburg, the artist soon after finishing her studies departed to new shores by combining various materials, such as wax, wood and other objects with glass. Wooden planks, window frames and ropes found in abandoned houses transport architectural memories into her sculptures.
This cross over between two parallel realities, The past, represented by the objet trouvé, and the present, represented by the added glass objects, are made visible in every single work of her art. Furthermore these works can also be read as a representation of the artist ́s body. Blowing, cutting and transforming glass from solid to liquid and backwards longs for a heavy physical involvement by the artist. So we are able to read, in some of the bigger works, the movement and tension of the artist ́s body while working on it.
Renitency and transparency are two opposing qualities possessed by glass. In her latest works Maria Koshenkova concentrates on this double edge. Starting with architectural memories of left over building materials, she concentrates on two kinds of objects : window frames and ropes. Making the ropes out of glass, which itself is an impossibility concerning the material quality of that object, she creates something which form at first glance is soft but unbreakable and has the quality to bind. Looking closer we realize that the material is glass and thus breakable and very sensitive. This contradiction of concept and experience allows us to move between two realms. The lost past which is represented by the form of the sculpture and the “real – present” represented by the qualities of the used materials.