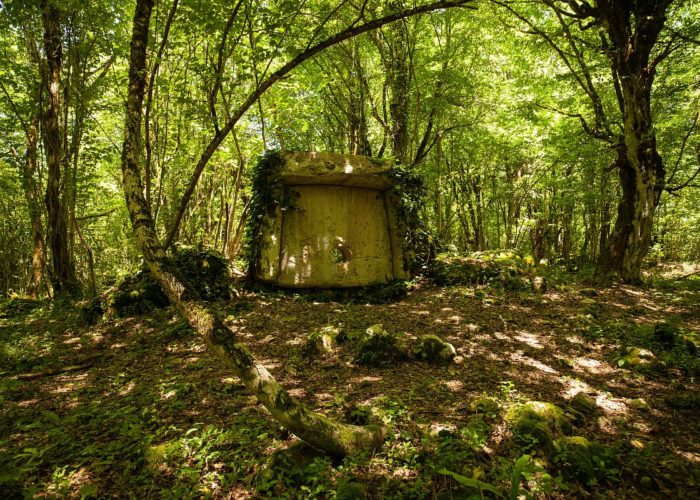 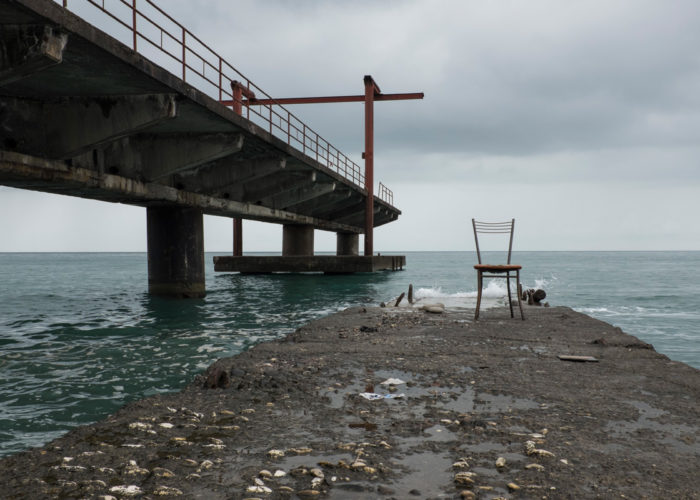 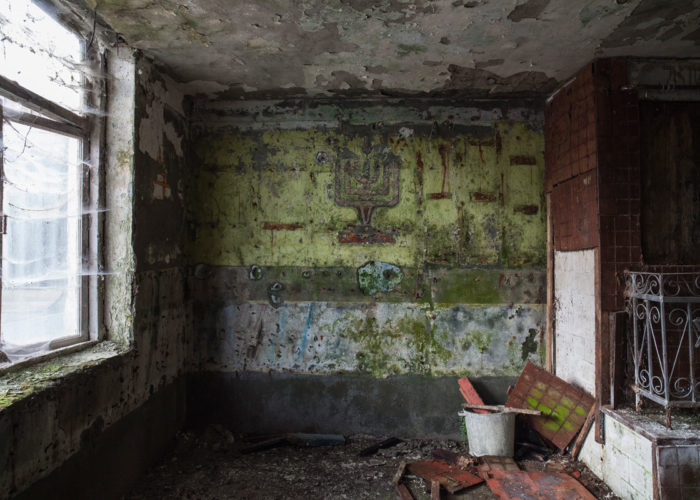 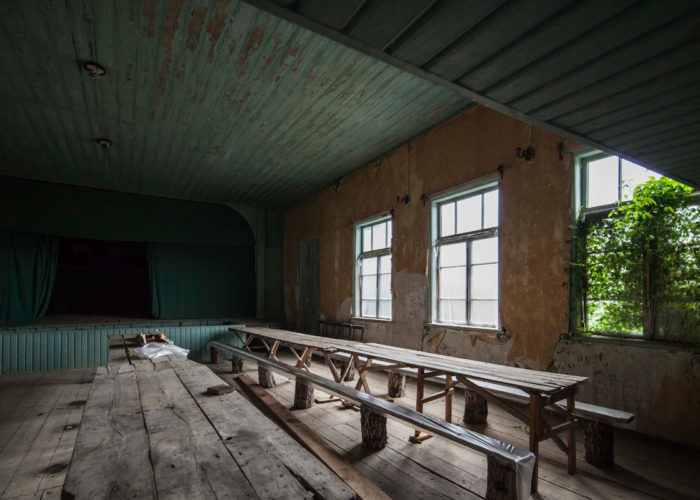 The Land In Between

Xenia Nikolskaya is a photographer-archaeologist. She is drawn to the elusive and the lost, the defunct genius loci, and cultural skeletons. She photographed abandoned 19th century villas in Egypt for the album Dust, went to Syria to view the archive of the oldest photographer in Damascus for the project The Street Called Straight. In 2013 for the first time she chose Abkhazia as her shooting location, engendering the series The Land In Between.

A country of ruins, a geographical palimpsest, Abkhazia has over the past 5,000 years seen everything that human culture could offer – both peace and war, prosperity and oblivion. Neolithic dolmens. Greek colonial port cities. The tombs of the first Christians exiled to the country of the Apsilae by the Roman Emperor Diocletian. Medieval fortresses, churches and monasteries. New Athos. Estonian villages of the 19th century, which came to light as a result of the muhajir movement – the mass migration of Muslims to the Ottoman Empire, followed by the Russian imperial government’s invitation to Christians from distant Estonia to occupy the vacated lands. The resorts established by Prince Oldenburg, who laid the foundation for the famous Soviet seaside medical centres. After the drainage of the fever swamps along the coast and the cultivation of eucalyptus groves, Sukhumi, Gagra and Pitsunda, hot in summer and picturesque in winter, became alluring but at the same time accessible to every Soviet citizen who belonged to a trade union and/or needed to recuperate health-wise. And then the USSR broke up. And then there was also the Georgian-Abkhaz war. Bullet traces on the walls of the houses that do not heal, and the gaping blackness of the windows. And all this – the history, buildings, the fates of individuals and once-great states – sinks into the subtropical verdure. It is submerged as if in quicksand, inevitably disappearing from sight, losing all meaning and names, dissolving in the chronology of nature. Maybe this is also how the heavenly garden looks – a time loop in which there is no history, because there is no concept of time, only the sun and the scent of eucalyptus? Or this is hell, where oblivion, disappearance and erosion represent the sole respite from the heartache of constant losses? Planted on the peaks of cypresses, surrounded by chestnuts, eucalypts, magnolias and bay cherries, the houses recall the famous ruins of the French landscape painter Hubert Robert – unreal, as if they had been inserted in the landscape solely to impart beauty, a melancholic mood – and their history loses all significance. Meanwhile Lenin, who lost his head and hands over time, acquires a new life – in the incarnation of a woodsman, a savage of the merry goat-legged god Pan, the teasing companion of the maenads and wood nymphs. Cloaked in ivy, he waits for the moment when he can once and for all become part of nature and return to the bosom of Mother Earth. And this moment will inevitably come to pass.