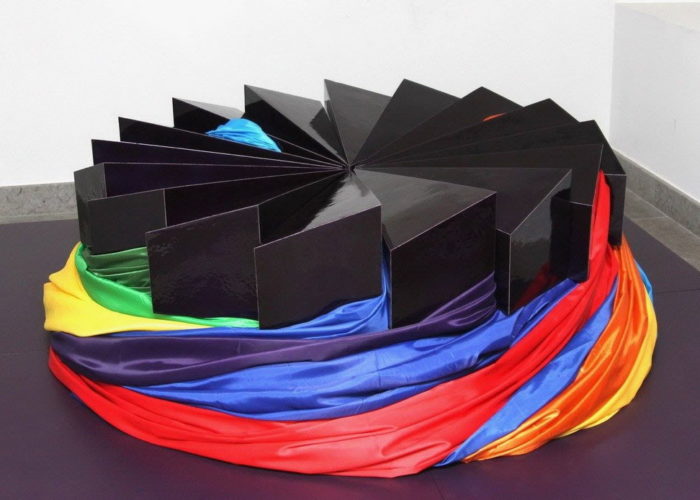 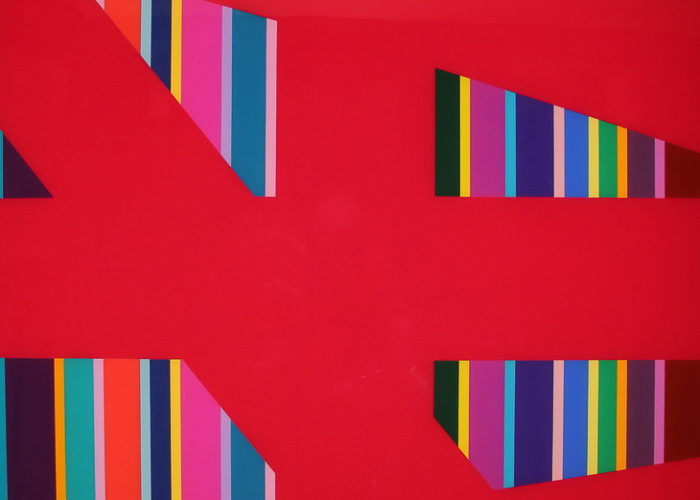 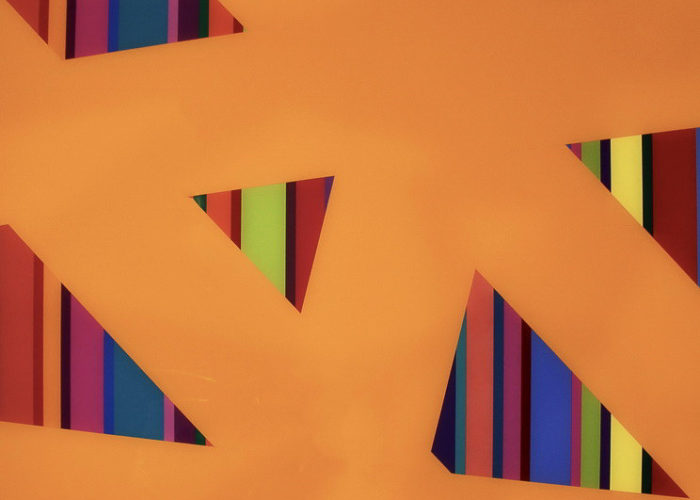 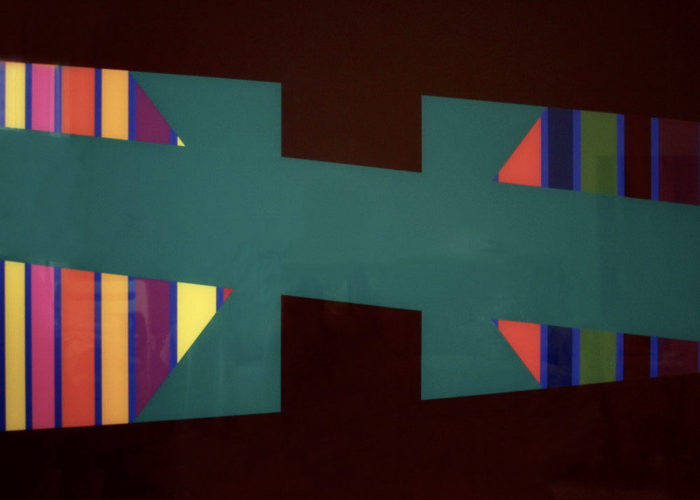 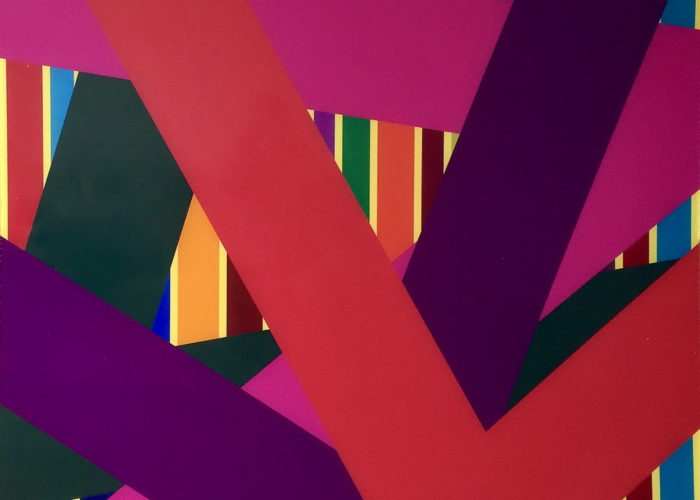 Olga and Oleg Tatarintsev’s exhibition is dedicated to the Dmitry Shostakovich’s Fourth Symphony. The artists once again address the subject of relations between the artist and the authorities, which had earlier been developed in their installations Instead of Music (2015) and The Nature of Silence (2017).

Grindstones and bars – these are the two dominant images of the Saint Petersburg exhibition. One grinds, while the other imposes restrictions on freedom. It is precisely on the basis of such meaning that the Tatarintsev couple applied these items when developing the topic of the “enigmatic” Fourth Symphony. The conundrum is that the performance of the symphony was prohibited following orders from on high in 1936, while the original musical score went missing during the blockade of Leningrad. Nevertheless, the symphony survived and we can hear it.

The music of the spheres and a vertical power structure are incompatible. And the colours in the Grindstone project clash with black. In Oleg and Olga’s main object the vertical power structure is personified by a ceramic grindstone, and harmony by ribbons of fabric that it “sucks in”. The solemn and powerful structure is immobile and its calm is juxtaposed against the nervous respiration of the slender ribbons. However, thanks to the play of overtones on the smooth reflective surface, this calm turns out to be deceptive and temporary.

In her picture series Olga Tatarintseva limits the colour space through the application of black bars. Here we can see the intense interaction of two semiotic systems in development. One involves the use of open colours in their full intensity, harkening back to the American post-war tradition of the “painting of rigid contours”, above all, one can recall here Ellsworth Kelly with his famous Spectrum. The counter-theme continues the experiment of Soviet constructivism with the same approach to the dynamics of lines and surfaces, as manifested in Lyubov Popova’s spatial power constructions. The clash of two styles recalls the conflict of the tragic and the bravura grotesque in the Fourth Symphony.

Here black symbolises mourning and death, suppression and aggression. Parallel bands of brilliant colours move strictly along the vertical, as if nothing other than the boundaries of the actual page can restrict their dissemination. However, the black “twigs” create a second layer, visually restricting the movement of colour surfaces meeting the reader halfway, from the picture. The radiant colours burst through the confined curtain, like a prisoner making his way to freedom.

“If they cut off both my hands, I will still compose music, holding the pen in my teeth”, Dmitry Shostakovich said to his close friend Isaac Glikman. And the entire exhibition by the Tatarintsev couple is a metaphor of creativity that cannot be stopped or supressed. Manuscripts may burn, but music lives on forever.